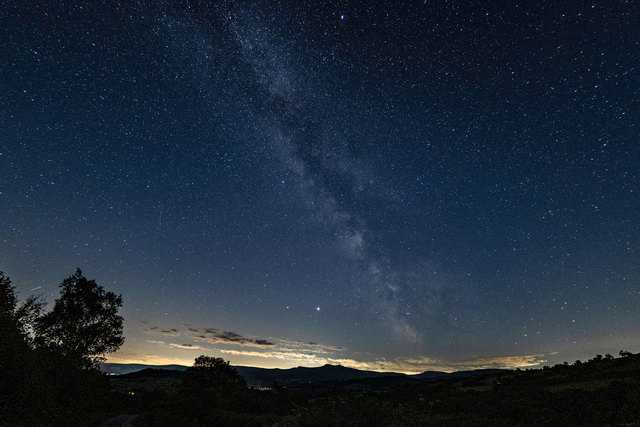 The Brecon Beacons is one of the best places in the UK to observe our dark skies and for stargazing. During July we were so very lucky to experience a spell of clear skies just as the comet NEOWISE was passing. This particular comet was visible to the naked eye which makes it a particularly rare occurance.

The Brecon Beacons was awarded Dark Sky Reserve status, a prestigious award given by the International Dark Sky Association (IDA). This is a United States based non-profit organization founded in 1988. The award is given to only a handful of destinations that can prove they have an outstanding quality of night sky. You must also pledge to reduce light pollution which the park has been doing over the past few years. A major contribution from our local councils is replacing all street lighting with LED downlighters.

The comet Neowise was first spotted back in March whilst in the orbit of Mercury. It luckily survived a close encouter with the sun before approaching Earth. Even though it was over 400 times further away than the Moon we were in for a treat. It looks just like what a comet should be. A stellar-like nucleus with a magnificent fan-shaped tail of primary dust and a blue gas tail. 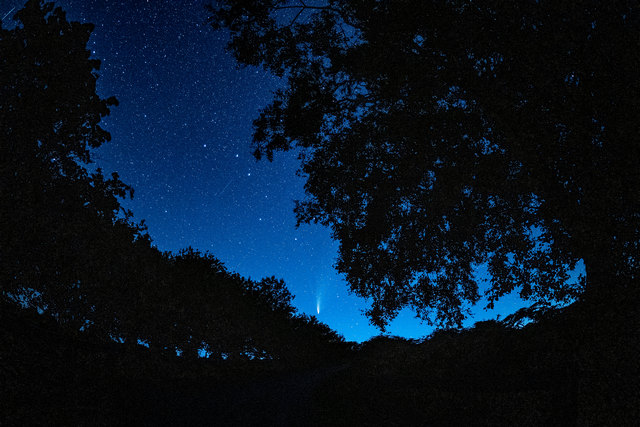 You can even do your stargazing from the coach house as we are very lucky to sit up in the dark hills above Brecon. Several guests have brought their own telescopes and cameras to capture the stars. You are welcome to set up your telescope anywhere in our surrounding fields or just sit in the swing seat and look up. I am very grateful to our guest Mike Callahan for sharing his photos of this once in a life time visit from Comet Neowise and the Milky Way. 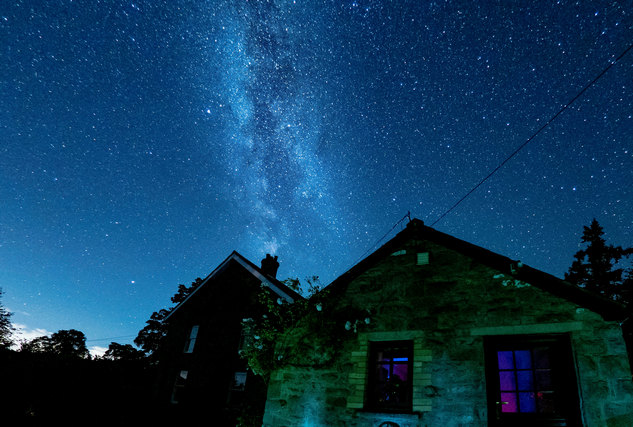 We are also just a short drive from the observatory at the National Park Visitor Centre who hold regular stargazing evenings.