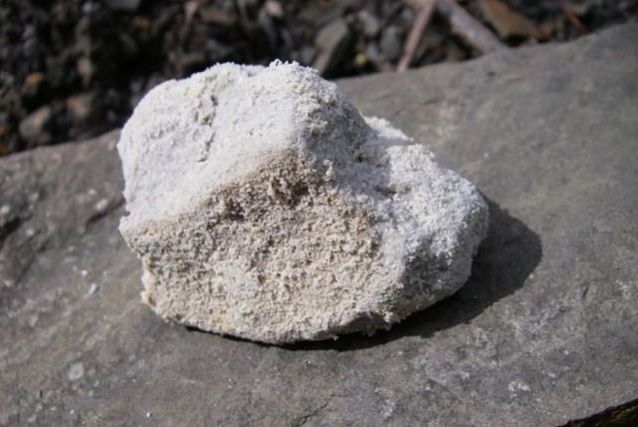 We are probably aware of the beautiful countryside of the Brecon Beacons as we travel around but there is a wealth of evidence of its industrial past. The whole area is quite unique in the geology that led to the lime, coal and steel industries that prospered as a result.

You can see many examples at our world heritage site  Blaernavon or the lime kilns at Brecon. An important component is Silica sand.

Hidden away in pockets beneath the surface of this area are caches of a pure white sand. A curiosity perhaps but is it any more than that? Well yes, it is. This sand with its special characteristics is exactly what the industrialists of yesteryear were on the look-out for and when they found it, they opened up pits and carted it away.

The burgeoning of the South Wales iron industry in the 19th and early 20th century saw the construction of innumerable furnaces for smelting the iron ore. And each of these furnaces had to be lined with heat-resistant bricks. And what is the best material to make these bricks from – pure silica of course, the purer the better. With few impurities the bricks were less likely to crack under the extreme operating conditions. Factories such as that at Penwyllt were set up to exploit the pre silica rock – the basal grit or Twrch Sandstone as we now call it. Quarry that, crush it and re-form it as bricks – a simple enough process once the techniques had been worked out. But the silica rock is tough to quarry and hard to crush. When the proprietors of Penwyllt discovered that nature had done half the job for them, they leapt at the chance.

You see, the silica sand was originally ultra-tough silica rock but natural processes – perhaps tropical weathering in the distant past, perhaps another process – had converted the rock into sand. It had lain there on the doorstep ready to be scooped up. They built a tramway between the silica sand pit which they opened up and the existing brickworks. Other pits operated at various remote spots on the Black Mountain.

Visit these spots today and you’ll see the legacy of an industry which ceased 60 years ago and more. There are some remains, perhaps some rusting iron and a connecting track down the hill. Otherwise it’s a tale of nature reclaiming what was hers.