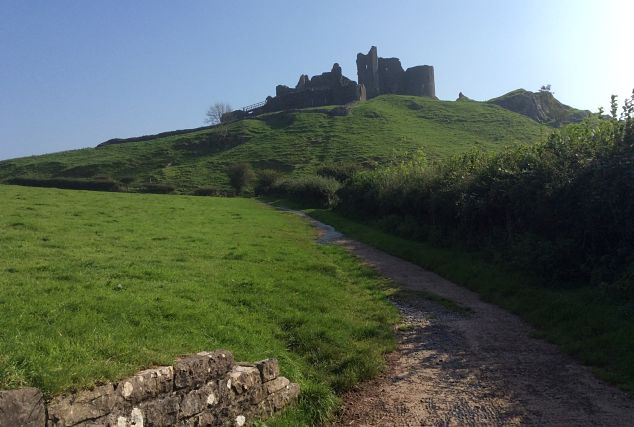 Carreg Cennen Castle is just outside Llandeilo on the Western side of the Brecon Beacons.  If you ever have an image of a romantic castle sitting on a rocky outcrop then this is the place to be. 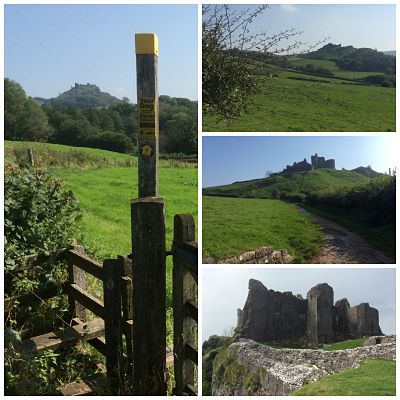 It is likely that the first stronghold to be built on this limestone craig will have been an iron age fort. Lord Rhys, the ruler of South Wales most likely built the first castle. The current remains were thought to have been built by John Giffard who fought in the battle of Irfon Bridge in 1282. This was sadly the defeat of the last Welsh prince to rule the area by the English.

The castle became part of a wave of fortresses built by the Marcher lords to help keep the Welsh in line.

It is built in the style of a castle within a castle complete with double towered gatehouse. It was never really a home.

The final demise came in 1462 during the Wars of the Roses. Sir Roger Vaughan and a force of 500 men dismantled much of the castle by hand.

The castle continues to stand and dominate the valley below from it’s craigy hilltop. There is an interactive display in the visitor centre which walks you through the castle as it would have been. This really helps to understand the layout before you visit the real thing.

There is a very dark cave under the castle that you can visit but remember to bring a bright torch or one can be hired on site.

You can walk below the castle through the meadows where you can get a good photo.

They have a cafe, open all day, that has a good selection of light bites.