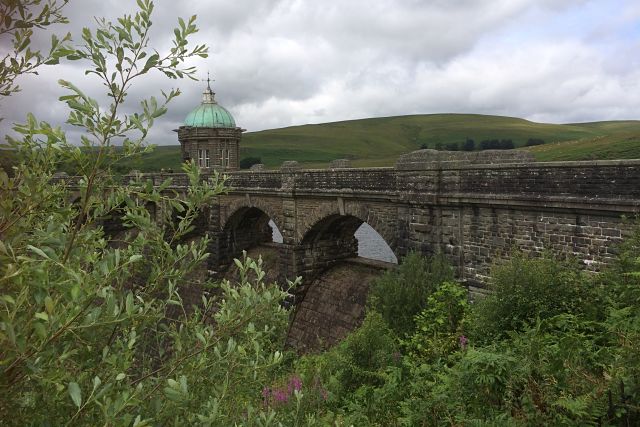 The Elan Valley is part of the Cambrian Mountains, a beautiful unspoilt area made even more interesting by the series of dams and reservoirs.

The valley is just 22 miles from the coach house over a glorious mountain road. It consists of linked dams and lakes supplying water to Birmingham. The dams in full flood look like a series of waterfalls flowing down the side. The area is a haven for wildlife.

The land was occupied since the stone age 4000BC when they started to clear the oak, birch and hazel. Following on there were bronze age and Roman settlements. Then Rhayader Castle was built by the Welsh Prince, Rhys ap Gruffudd in 1171.

There was some mining activity in the 18th and 19th centuries before the building of the Elan Dams began in 1893. In 1904
the dams were completed and opened by King Edward VII and Queen Alexandra.

You will marvel at the engineering enterprise of the Victorians in building the dams and the railways which served their construction.

In 1946 the final Claerwen Dam was opened by Queen Elizabeth II as one of her first duties as monarch. By 1985 the area had become of interest to visitors  so a purpose built centre was constructed.

The centre houses a comprehensive history of the area along side a cafe and information area.

Nature of the Elan Valley

Elan is a haven for wildlife, one of the most important sites in Wales and there is always something to warm the heart throughout the year.

The 70 square miles of moorland, bog, woodland, river and reservoir are of national importance for their diversity of lower plants (mosses, liverworts and lichens) and the Estate is the most important area for land birds in Wales.

It is also a very good place to view the night sky with no light polution being so remote. It has been awarded International Dark Sky Park  in recognition of its efforts.