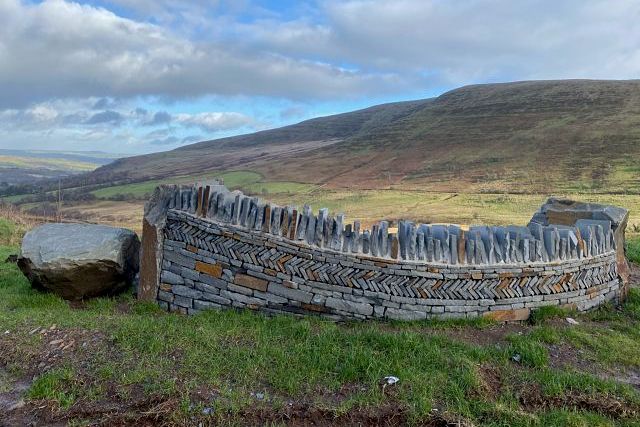 The Poetry stones and Bench were built to celebrate part of the Wales Way. The A470 is also known as The Cambrian Way and is one of the three driving routes of The Wales Way. The route passes through some of the most spectacular parts of the Brecon Beacons including Pen-Y-Fan. Glyn Tarell was formed by the force of a glacier around 20,000 years ago.  On the Southern side of Pen-Y-Fan is a series of reservoirs where you will find three of the poetry stones. The fourth is just past Pen-Y-Fan.

The artist David Mackie was tasked with designing the beautiful curved seat. It was set beside the large pull in layby on the way to Pen-Y-Fan. This makes the most of the views down Glyn Tarell towards Brecon.

The strip of stones are arranged in a herring-bone pattern which snakes along the back representing the glazier which carved the valley 20,000 years ago.

The brown hairstreak butterfly and purple saxifrage, represented in the bronze inlays are both extremely rare in the UK but are to be found at nearby Craig Cerrig-Gleisiad National Nature Reserve. 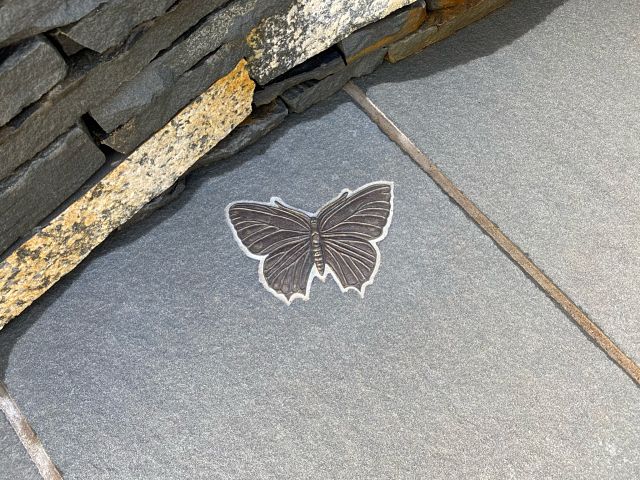 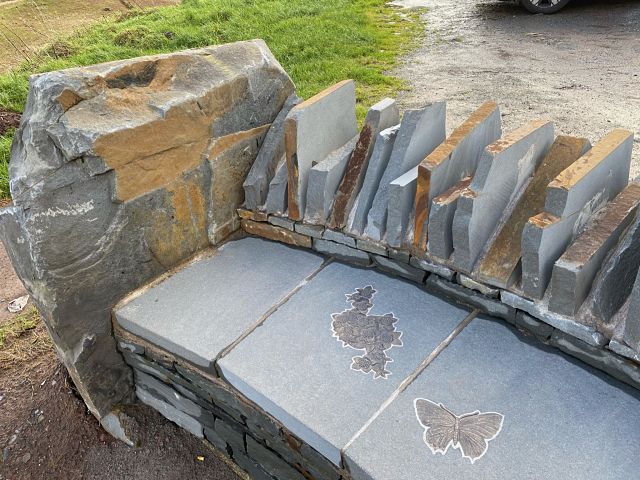 Along the way are the 4 poetry stones made from chunks of Blue Penant Sandstone. This is the stone that lies on the top of the Coal Measures of South Wales. It has a sombre blue grey appearance that over time will weather to a rusty brown.

The poets are Owen Sheers, professor of creativity at Swansea University, and Ifor ap Glyn the National Poet of Wales.

You will find the stones at Craig y Fro layby beside the stone seat, Blaen Taf, Cantref reservoir and Llwn Onn reservoir. 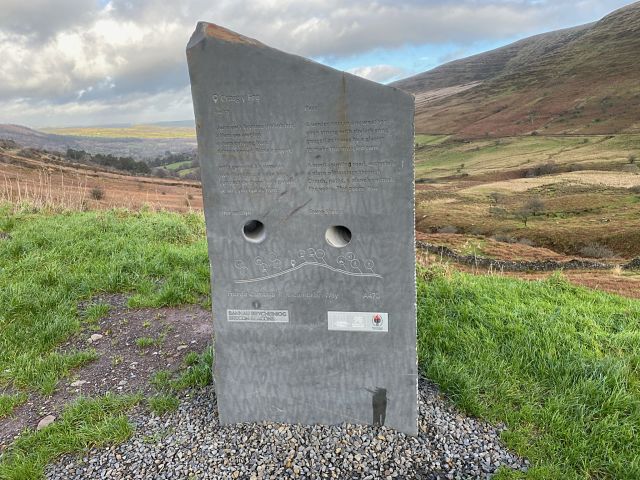