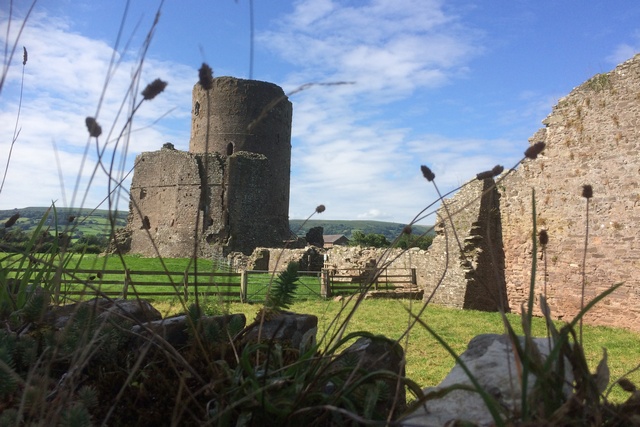 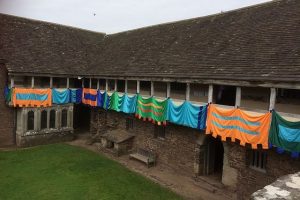 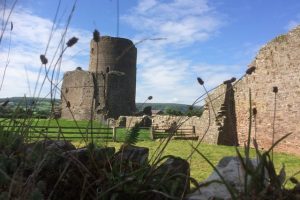 The Brecon Beacons has a number of castles some grander than others. My favourite has to be Tretower Court and Castle, not far from Aberyscir Coach House. It combines a 900 year old tower with a grand Elizabethan court. The setting is a quiet meadow far from the crouds. There is no better time to visit than late in the day when everyone else has gone home.

The tower was a muster point for the Welsh longbow fighters that went to victory at Agincourt. Their adventures were well recorded. There is a full list of their names as most returned and were paid for their service. The Cadw curator if available can give you a tour that really brings to life what living in the tower was like.

The Elizabethan court came about because the Picards and Vaughans who lived there were rich influential Welsh families out to impress others. The building was added to over time to reflect the current style. One of the most interesting parts are the toilets built into the walls. Yes they did open out on to the ground below but you did get to sit on something, be it a stone ledge.

When they departed the court became a farm and all the fineary was replaced with animals. Indeed there is still a working farm attached to part of the walls which is in private hands.

The court has been returned to about 1470 though with only a few trappings, leaving most to your imagination. Mainly the banquet hall is laid out to a feast and the kitchen contains the latest utensils of the 15th century.

They hold various events throughout the year including re enactors on certain weekends. The kitchen fire is lit and the re enactors produce from the era. A must if you like stepping back into history. 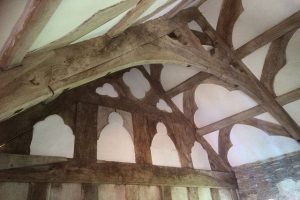 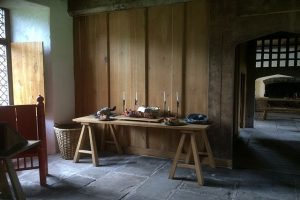