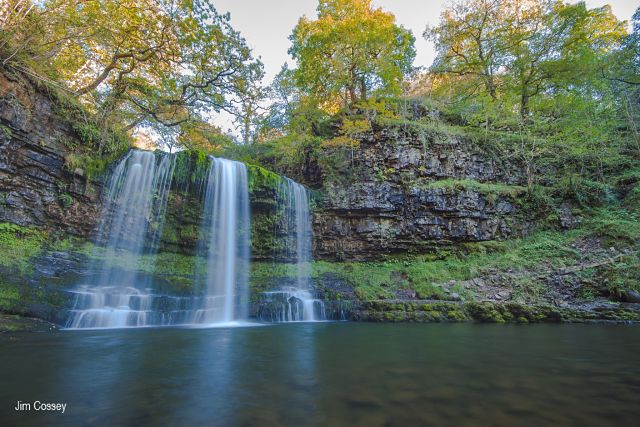 There are many beautiful waterfalls in the Brecon Beacons but one of the most secluded are Sgwd Gwladus and Sgwd Einion Gam on the River Pyrddin near Pontneddfechan.

These two waterfalls also have a traditional Welsh love based legend attached to them hence their names.

Brychan of Brycheneiniog, a Welsh 5th century prince, had 24 daughters the youngest being Gwladus.

She fell in love with Einion but her love was unrequited. Tormented with sadness she mysteriously became immortalised and her spirit flows freely in this serene waterfall.

Einion was also immortalised in the tall crooked cascade of Sgwd Einion Gam. This drops 20 metres into the pool below. Unlike Sgwd Gwladus there is no path and the River Pyrddin must be crossed several times to reach the waterfall.