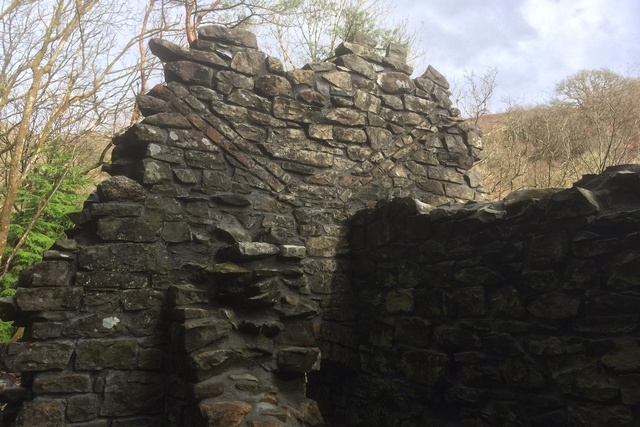 The Glynneath Gunpowder Works Pontneddfechan were established in 1857. It produced black powder for use in mining and quarrying and operated until the early 1930’s. Since that time the site slowly disintegrated. Many of the buildings had to be demolished because of the risk of accidental explosion they posed. Brecon Beacons Park authority took over the site and it has undergone a major restoration project to preserve what remains. You will be able to start your tour in the Pontneddfechan Village Hall when the project is finished. A walk along the line of the old tramroad which takes you through the works and past the remains of each of the factory buildings. Interpretative boards along the way will help you imagine it in its heyday when 60-70 people were working there.

How to make Gunpowder Brecon Beacons

The factory’s waterwheels and turbines were powered by the River Mellte, effectively providing free and fairly constant energy.

The raw materials, charcoal, sulphur and salt petre or potassium nitrate came in at the bottom of the site. The materials were then transported around by tramroad until the finished black powder came out at the top.

Safety was paramount and all possible precautions had to be taken to avoid explosions. Employees always changed into work clothes before entering potentially dangerous areas. They wore leather slippers fastened with wooden pegs over their shoes and boots. Trousers with pockets were not allowed  or turn-ups to prevent grit being carried into the works which might have caused sparks.

To avoid explosions areas of the works were regularly dowsed with water to keep them damp in a process called liquoring. Other areas were also doused after an explosion to stop it spreading. They had a fairly good safety record at this site but still there were quite a few explosions. Buildings had a front wall designed to easily blow out so that the rest of the building might survive.

The quality of the black powder was tested by using it to fire a cannon which is now outside Brecknock Museum in Brecon. Only if the powder propelled a cannon ball a specific distance did it make the grade. 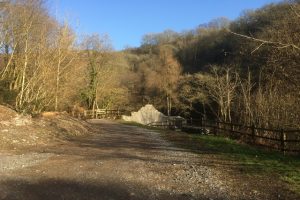 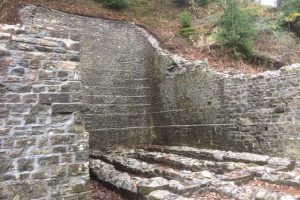 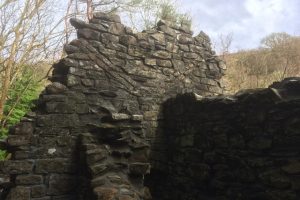